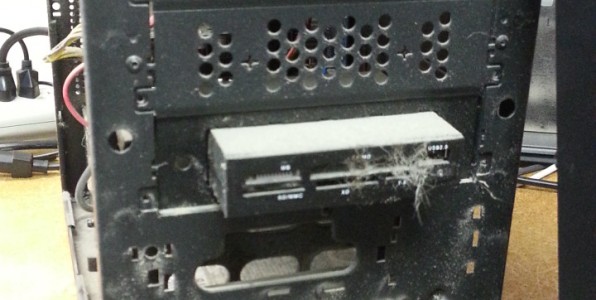 In our time we’ve seen all manner of computing disasters, from MacBooks that have been “christened” with wine or coffee, to laptops that are stepped on when placed on the car floor, to CPU’s burning up when installed with a “Windows” sticker placed between the CPU and the heatsink, to irate mothers who are certain that the malware running riot on their laptop computer is due to som…

WHAT DOES THIS MEAN TO OUR CUSTOMERS?
Cantrell’s Computer Sales & Service is now certified as a “Microsoft Registered Refurbisher!” The timing couldn’t be better since Microsoft is ending support of Windows XP in about a week. Many of these older Windows XP computers were destined for the metal recyler or landfill. We are now able to refurbish these PC’s and notebook computers that…

When? April 8th
Why?

Microsoft has a Support Lifecycle policy; Windows and Office products receive a minimum of 10 years of support (5 years Mainstream Support and 5 years Extended Support)
Microsoft, along with their hardware and software partners, need to invest their resources toward supporting more recent…